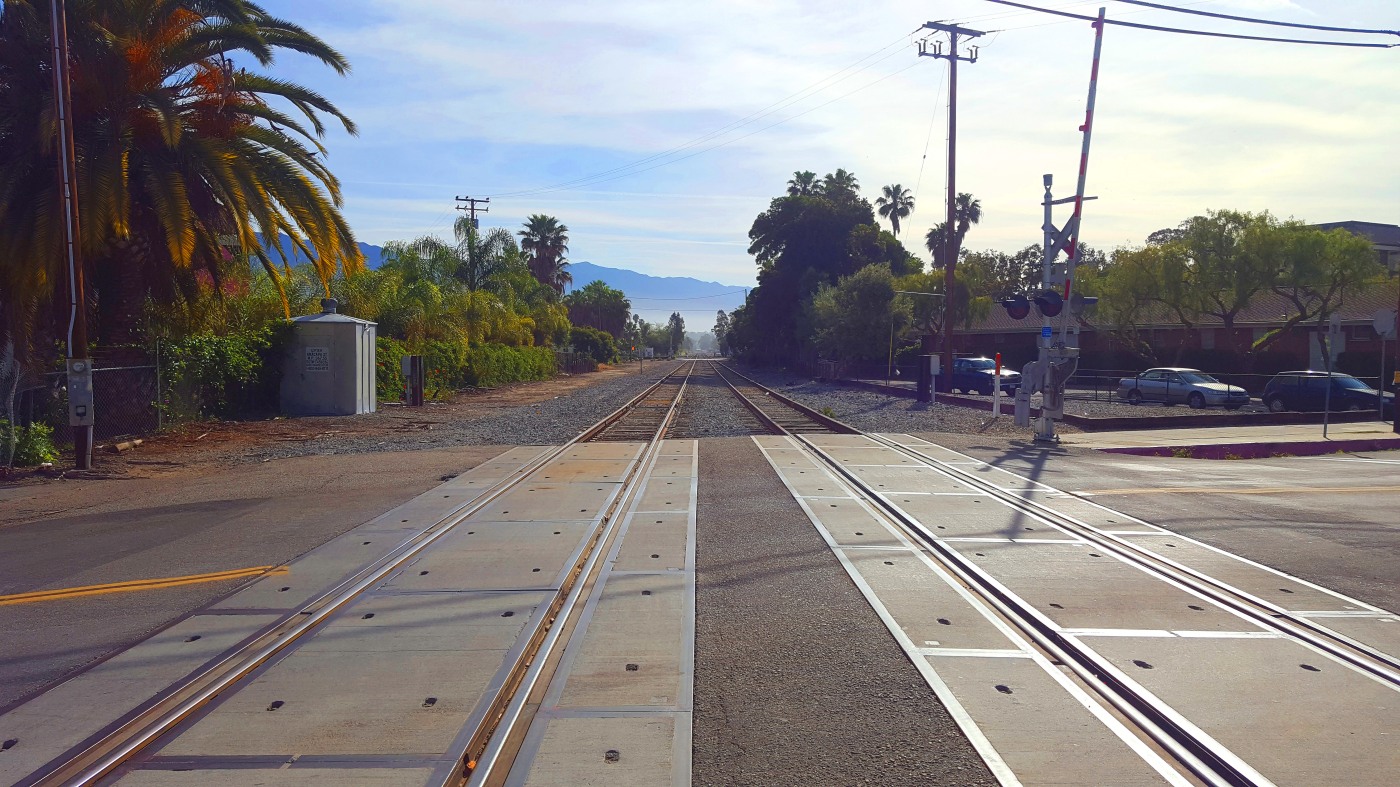 SANTA BARBARA, CA – A Santa Barbara local has noticed with alarm that, when standing on one of the train tracks that pass through town, the tracks appear to grow closer together the further away they are from the observer’s perspective, the parallel rails eventually joining in a seeming point of distant convergence. “If the tracks get too close together, then finally meet at an actual point, the train wheels won’t have a rail to grasp and the train will come off the track,” notes marketing writer Thomas Strieber.  “No trains should go as far as where the tracks come together. The trains will crash. It’s a rail disaster just waiting to happen. One would think Amtrak could figure this out on their own.”

The phenomenon of train rails growing closer together with distance has indeed been taken up as a topic of some concern with Santa Barbara locals, though the predicted cataclysmic derailments that ought to result from the design flaw have not come to pass, to the relief and confusion of concerned Santa Barbarans. UCSB computer science grad student Sean Berman thinks he knows why. “It’s not that the tracks are becoming narrower and closer together; everything’s getting tinier, including the train itself. By the time the rails are reduced to a single point, so is the train. Go back to school, you idiots.”