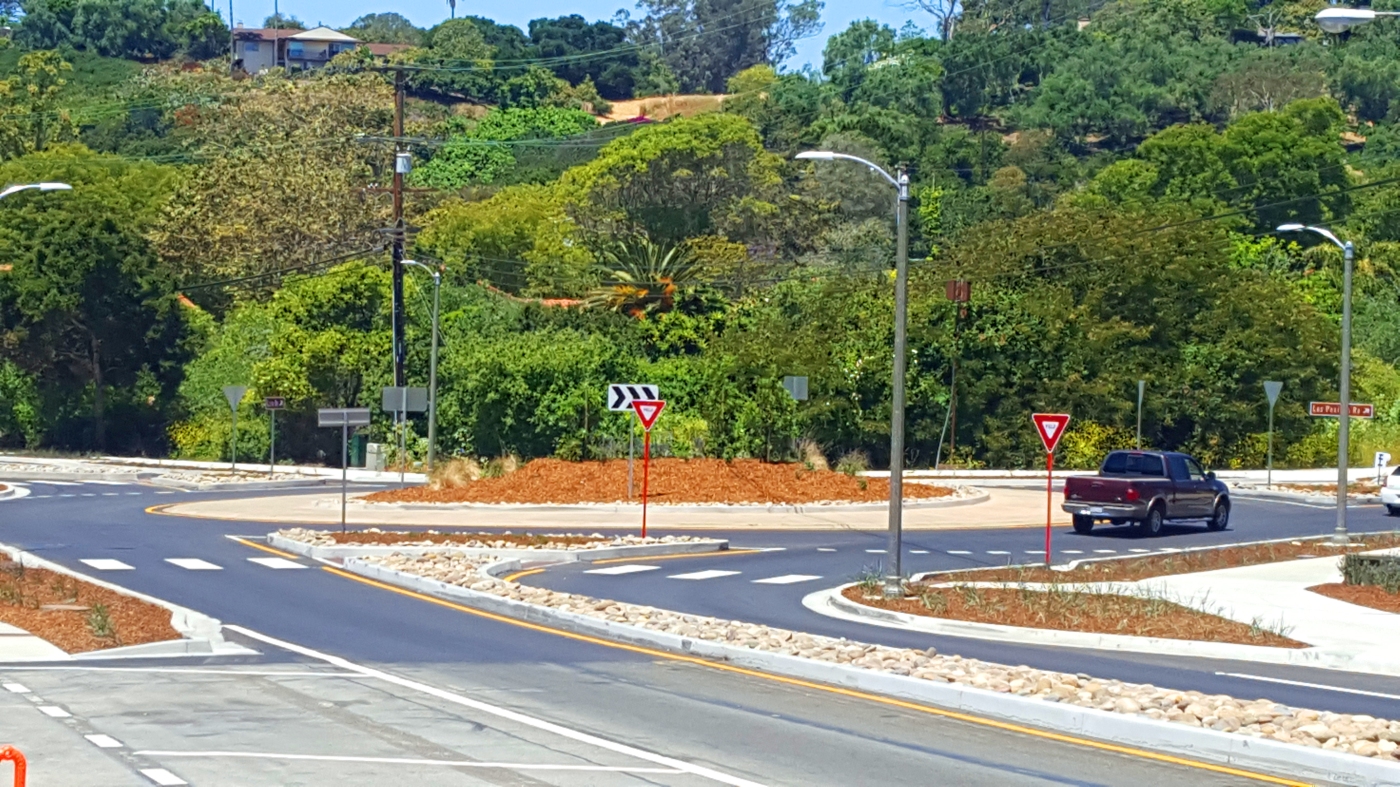 SANTA BARBARA, CA –  The roundabout at Los Positas Road and Cliff Drive has claimed its first victim. A Santa Barbara man, Glen Smithy, entered the new roundabout at 1:38pm on Monday, May 8 and never found a way out. Smithy passed away behind the wheel of his car at 3:07pm on Sunday, May 21. A spokesperson representing the activist group Southern Californians Against Roundabout Entering (SCARE) read from a prepared statement.

“Our reckless automotive experiments have today taken another life. When Mr. Smithy, a father of three, entered the new Las Positas roundabout on Monday May 8, he likely expected to exit shortly thereafter. That didn’t happen. How many more families will have to suffer before we come to our senses?”  Santa Barbara Traffic Engineer Carl Tibbits addressed the press pool with followup comments. “People see a light, be it green or red, even yellow; they know what to do. The light tells them what to do. Green is go, for instance. We need that guidance. You drive your car into a circle? Where there are no lights? Just…yielding? We see again today where that leads. Until we stop playing God with traffic flow, I can assure you there will be no end to this story.”