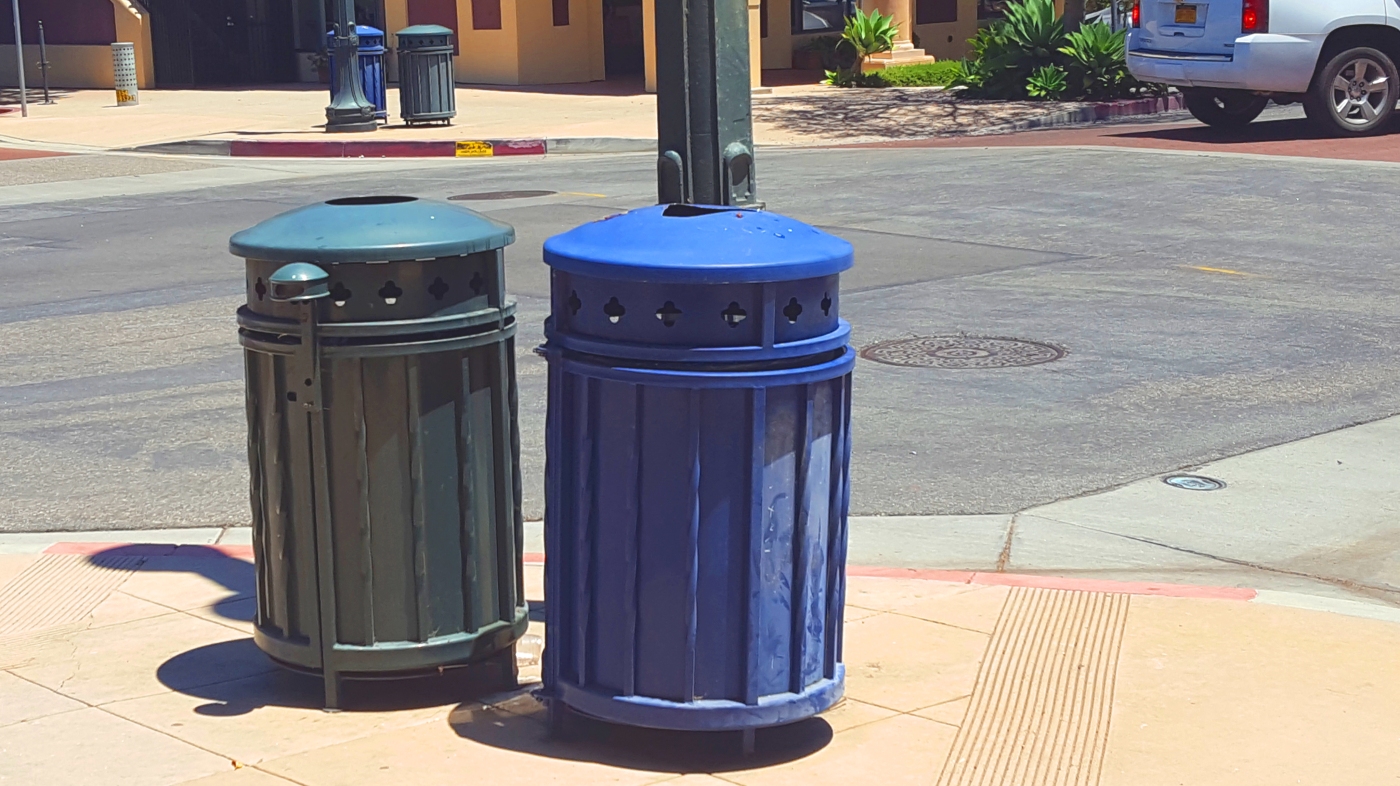 SANTA BARBARA, CA – Even the world-renowned American Riviera isn’t immune to belt-tightening. With city coffers running on empty and the town’s tax base suffering the slings and arrows of a whimsical travel economy, Santa Barbara has finally had to turn its once-proud fleet of service droids into decorative garbage cans.

The unveiling of Santa Barbara’s service droid fleet six years ago was attended by much fanfare, the gleaming cylindrical helpmates initially seeing to everything from hotel guest dry-cleaning delivery, to scanning crab cakes for pathogens in Santa Barbara’s high-end restaurants. When the prohibitively expensive droids began to require frequent repairs, city budgeters had stark choices to make. “Santa Barbara had it all,” laments City Manager Todd Renfrew. “Mid-sized cities all over the country looked to Santa Barbara as a shining example of how best to leverage technology in the service of a great civic cultural milieu. Now we just have fancy garbage cans.”